Plan Muskoka Featured in Article About Upcoming Changes to the OMB 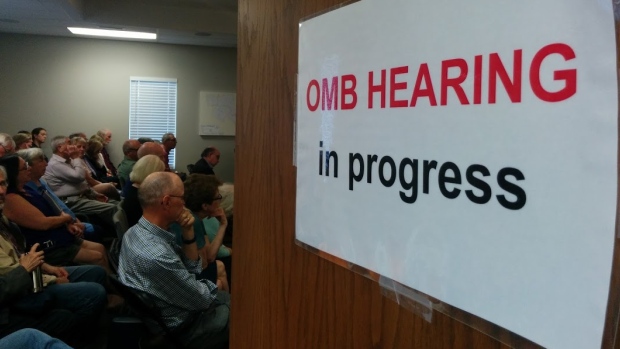 On February 5th, 2018, the Huntsville Doppler (www.doppleronline.ca) wrote an article about the upcoming changes to the Ontario Municipal Board (the OMB), which heavily featured quotes from Savas Varadas, the Principal of Plan Muskoka. As some people may know, Bill 139, called the Building Better Communities and Conserving Watersheds Act, 2017, was passed and received Royal Assent on December 12, 2017.  With the passage of the Bill, the Local Planning Appeal Tribunal Act, 2017 is enacted, which continues the Ontario Municipal Board under the name the Local Planning Appeal Tribunal and repeals the Ontario Municipal Board Act.  The Provincial Government describes the act with the following:

“Many provisions in the new Act and the old Act are substantively the same. Changes are made to the practices and procedures applicable to proceedings before the Tribunal. The new Act lists types of rules that the Tribunal may make regarding its practices and procedures and specifies certain powers of the Tribunal regarding proceedings. For example, the Tribunal may require a case management conference to be held for any proceeding for purposes such as identifying the issues raised by the proceeding, discussing opportunities for settlement and determining administrative details of the conduct of hearings.”

“The Centre is a non-share corporation, the objects of which are,

(a) to establish and administer a cost-effective and efficient system for providing support services to eligible persons respecting matters governed by the Planning Act that are under the jurisdiction of the Local Planning Appeal Tribunal; and

(b) to establish policies and priorities for the provision of the support services based on its financial resources.

The Centre is not an agent of the Crown nor a Crown agency. It is independent from, but accountable to, the Government of Ontario.”

The Huntsville Doppler asked me for my opinion on the matter, prior to its passage, and recently wrote and posted the article below regarding the changes.  Click on the link below to read the article and don’t hesitate to contact Plan Muskoka with any questions about your land development project!

Changes to the Ontario Municipal Board are expected to give municipalities more clout, but is that a good thing?